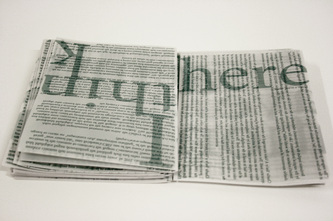 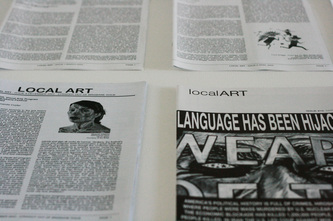 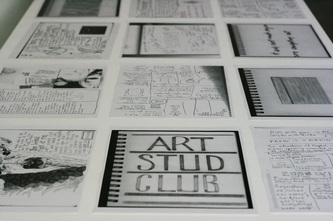 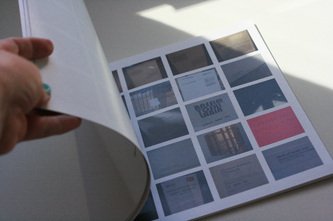 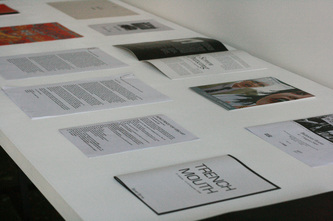 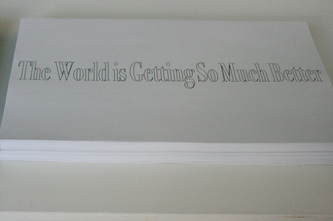 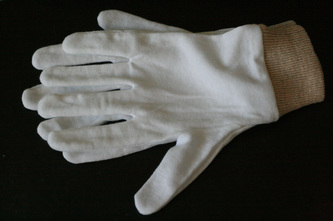 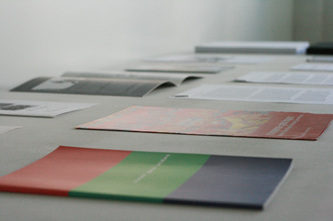 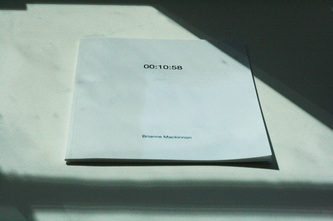 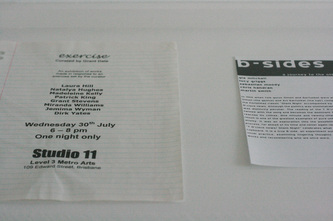 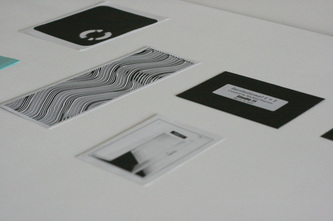 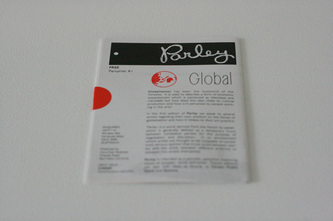 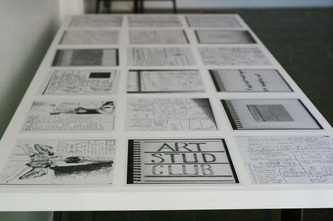 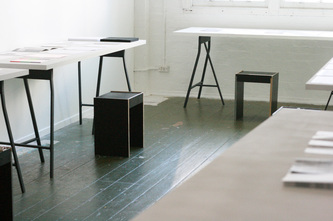 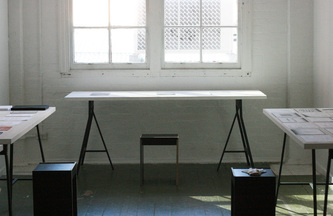 Artists working with language, words, and text in the late 1950s and 1960s under labels like Fluxus, Pop Art and Conceptual Art have always been important for informing my own approaches to making work. Besides negotiating what I find to be the often-difficult aspects of working with language, I have been thinking about what it means to work across the different textual spaces that language activates in my practice. In particular I was considering how writing is a necessary part of what it means to build and maintain an art practice - from constructing an email, titling an artwork, assembling project proposals, making grant applications and articulating what it is I do as an artist. So I became interested in discussing this idea with a range of other local artists to look at the different ways that they use these things in a creative and critical capacity. This exhibition is the result of those conversations.Passages brings together a modest selection of text-based artworks, including zines and printed ephemera, as well as catalogue essays written by artists for their peers. This project explores a range of ways that text can be used as a graphic/creative form - as well as a space for critique, conceptual play and reflection in art practice. I wanted to foreground how this [largely] paper-based approach to art making can still be a productive and exciting space of activity in the age of digital media.

All of the artists involved in Passages regard the process of keeping a journal as central for providing a reflective space to work through the conceptual and material developments of their practices. So working with language outside of this space can bring with it a level of anxiety because translating ideas and articulating oneself with words is perhaps not their preferred way of orientating themselves to the world. What I find helps put my own apprehension about this into perspective, is to remind myself that visual art and language overlap as forms of inscription - as ways to trace myself across the world. In this way I can think of them as not being autonomous processes in the practice but different sites of activity that operate in the similar ways, as passages of communication. This idea of working with different but overlapping modes of inscription has informed the premise of the project - I wanted to explore how other artists explored the poetic and polemical possibilities of making art this way. It has also provided a chance to show a selected history of locally based approaches to making text based work, through displaying a selection of archived works alongside those made more recently. Most importantly I wanted to make the gallery space a reading room for viewers to take some time to enjoy these texts as objects as well.

Text as critique and creative space
Passages includes an archive of Local Art, a series of free print and online publications produced by co-editors Sally Brand, Natalya Hughes, Grant Stevens and Dirk Yates. It was published by the artist-run initiative The Farm (Grant Stevens and Dirk Yates) in 2003-2004 with the aim of encouraging informed critique and debate around Brisbane’s emerging art scene at the time. Coming across Local Art was exciting for me as a point of connection and reflection to what my own experiences are with the current crop of ARIs. In a similar way, I wanted to include a selection of catalogue essays and ephemera from Studio 11 - an initiative by Rachael Haynes and Christopher Handran who hosted a series of curated one-night exhibitions each month in 2003 at Studio 3.11, Metro Arts. Also included is Parley, a pamphlet co-edited by Courtney Pedersen, Charles Robb and Saul Lallio Edmonds, published in 1997. It features a series of interviews with artists’ and arts workers in Brisbane at the time. The process of making this work, interviewing artists to publishing and distributing the work, provided an important point of re-connection for the artists on their return to Brisbane at the time. What interested me about this process was the possibility of how a publication could be used as a vehicle to connect with and distribute the ideas of an art community through conversation.

These publications, which operate to engage readers in a creative and scholarly way, were and are intended to circulate outside of the gallery. This brings to mind for me, the idea that artists books can be thought of as ‘portable friendly objects’ as Ed Ruscha suggests, which have the potential to circumvent the issue of gallery space1. Further, I hope that by displaying this work other artists might imagine the possibilities of exhibiting through paper-based forms as an alternative to gallery or online sites.

Writing about art, as exhibition review, critique or interview, tends to be a process dominated by the formalities of critical or academic writing. However when this form is attended to sensitively it can also become a hybrid space between these categories. It can creatively respond to the conceptual, formal and contextual overlaps that occur between the artwork and the reporting of it. I think we have a situation (Charlie You’re A Voice) (2012) by Danielle Clej, is an ephemeral and open-ended work featuring writing that is both analytically and creatively constructed. It suggests how sensitivity to the structure, cadence and materiality/physicality of text-based work can shape our temporal experience of language. This work also strongly folds over into the approaches to using texts as they are discussed below, as reflecting on and extending other artworks.

Text as conceptual play and reflective space
Brianne Mackinnon’s artist book UNKNOWN the time it takes to photograph all the didactic information of La Biennale de Venezia (2011) features a collection of images of texts that (attempts to) document every didactic panel at the 2011 Venice Biennale. A seemingly absurd gesture this work employs the principle of using external factors as predetermined functions to trigger the work of art. Her practice is built on a conceptual premise that uses the ‘secondary’ events/ephemera associated with exhibitions - exhibition posters, catalogues and exhibition invitations - to make new ‘tertiary’ information – to create new art works from the circulation of this material.

Working with text can be thought of as a site for reflective development as well as a conceptual space of play, which is often an integral part of the process of keeping a journal in a practice. A selection of journal pages from Hayley Brandon, Rachael Haynes, Michelle Knowles, Alice Lang, and Ernesto Love are presented to give an insight into the idiosyncratic and diverse ways artists use this space. Artists’ journals are an often- overlooked aspect of art making because the final artifact tends to take precedence over the process of nutting out ideas or acknowledging this process as the work itself. By providing a rare glimpse into this space of inscription, I hope to open up a space to consider how vital this often-serendipitous activity is to the research process; to consider how this site of thinking out aloud shapes the direction of artists’ practices.

By presenting the works mentioned alongside others in the show, I want to highlight the relationship between language as signification, language as creative process, and the hybrid spaces between these sites of connection. By providing an opportunity to encounter this selection of work, to take a seat (courtesy of Stephen Russell) and peruse the material presented, I hope it might revive some interest and provoke some discussion about the value of zines, ephemera, and the passages of text-based art.
[1] Katzeff M, Lawson T, Morgan S, editors. Sterback J. Real Life Magazine: Selected writings and projects 1979-1994. New York: Primary Information; 2006. Premeditated: an interview with Ed Ruscha 1985; p. 218-221.