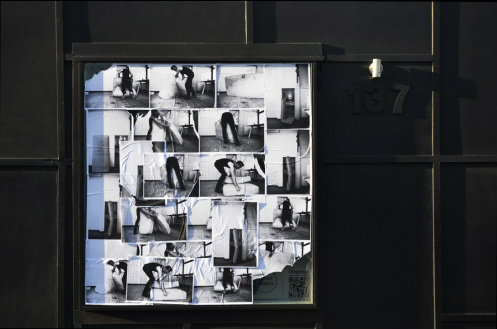 Currently based between Germany and Sydney, Alexander Jackson Wyatt works across  installation and image production. Operating between spatial intervention and  image production, he combines spatial issues with aspects of documentary  material to form temporal encounters which allow for interactivity and viewer  participation.

He studied at the National Art School in Sydney  (2007-2010) and finished with First Class Honours in Drawing. During 2011 he  undertook studio residencies at the Sydney Non Objective Centre for Contemporary  Art (SNO) and the Queen Street Studios, and then 2012 at the SPINNEREI in Leipzig. He received an ArtStart Grant from the Australia Council for the Arts  to set up an emerging arts practice with the aim to bring together two arenas  for research and exhibition in Germany. The first encompasses current concerns  with contemporary practices of spatial intervention and the second concerns the  documentation and photographic practices.

This exhibition was part of Dispatch, an exchange program between window galleries across Australia. For more information please see the Dispatch website.