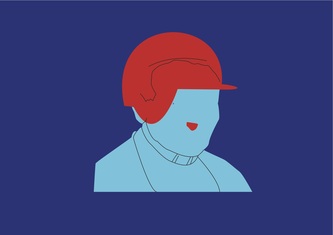 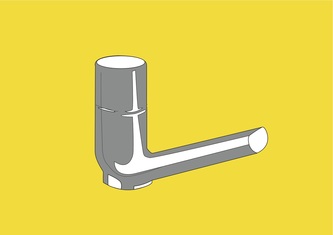 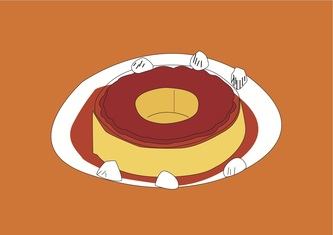 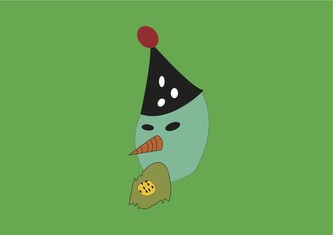 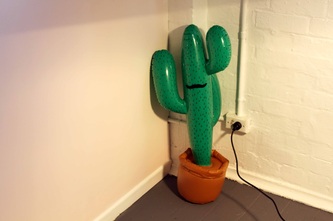 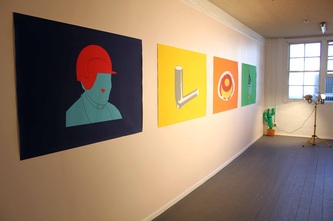 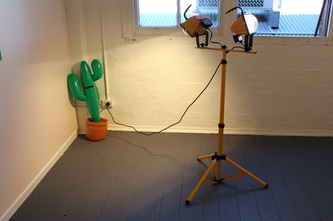 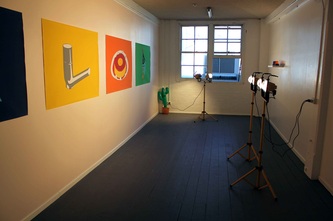 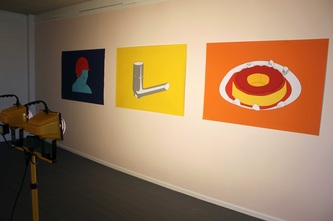 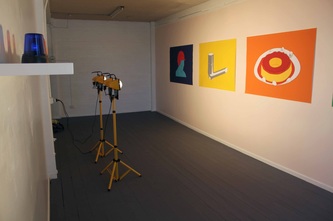 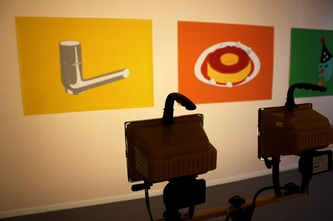 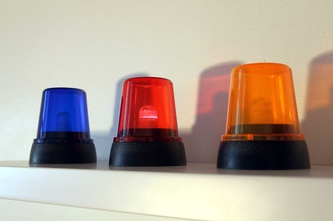 An interview with the artist:

Michelle Knowles spoke with Christopher Cipollone via Facebook chat on September 10th about his First and Last Show. The following is a transcript of their conversation.

Michelle Knowles: Chris, what does it feel like to be a winner?

Chris Cipollone: Considering I'm three years out of art school, and that this is my maiden show, Iʼd say there's more than a touch of acerbity about that particular prop. Iʼm a proper prize pig.

MK: Will this really be your last show?

MK: It won't allow for much of a retrospective in the future will it?

CC: No. I tend to just throw everything out anyhow. I've been cautioned in the past to be more mindful of a big picture, but I think I was doing a work that involved smearing Clag on a pair of chinos at the time, so it didn't seem worthwhile.

MK: What is this big picture that they speak of?

CC: That big Rothko. Only kidding. You know, retrospectives and stuff. You brought it up.

MK: Yes. The evidence is in writing. What is this show about?

CC: Mortality. Not death. Trying hard, pain thresholds, the meaning of legacy. It touches on metaphysics and the poetry of metaphysics. The show's content though, remains undecided.

MK: What would you like your legacy to be? Apart from this first and last show?

CC: I would like my legacy to exhaustively be this first and last show.

MK: Let's play a quick game whilst I go and attend to the laundry. Tell me of a memory that involves each of these:
1) an emu 2) honey 3) someone screaming

CC: 1) Emu parade. Organised gathering of litter in the schoolyard. I remember sometimes taking it quite seriously. 2) Everyone thought this guy Capannini had lent his name to a big honey manufacturer, and they thought that I was a professional cyclist- two letters off it in my case. It was more abominable for Capannini. 3) Italian television.

MK: Do you think the Beatles were correct when they sang ʻAll You Need is Loveʼ?

MK: How so? And how does it feel to have so much mystery dissipate?

CC: I was being acerbic again. I am obviously very mystified over most things. So much so, that I only manage to answer acerbically to most questions.

CC: Resigning to an intellectual landscape of ignorance though, does sometimes give one the freedom to create very straightforwardly and purposefully. Other times, it does get just plain stupid.

MK: *blank* What artists turn you on?

CC: I should have titled the show "acerbity", and then I wouldn't even be underwritten to the constraint of only ever having one show.

Materiality, materialism, display, consumerism, hierarchy of control between objects and people, social/subjective poetics communicated through objects/materials (including psychological, and the role of the artist), material disposability, dialectical, seduction.

MK: Yeah, you really screwed up with that title. What would you make if you had the production team and a nice stash of money like Koons has?

MK: I think MJ and Bubbles says it all.

CC: I like that. I like works that are almost as likely to pop up in sociology lecture theatres as they are in art lecture theatres. On the point about money stashes though, I think creatively you could run the risk of just going around and seeing what needs to be made bigger and shinier. You'd be wise to create something more interesting, with that kind of responsibility.

MK: I wonder how many retrospectives Koons has had? I don't think you should be allowed to make any more work after you've had a retrospective. Ever.

CC: It's greedy. People should seriously consider this model I've proposed here. One show per artist. It's a renewable, sustainable model. Sustainable for artist's heads too. Cap the head-cases roaming around with retrospectives and doctorates under their belts. Everyone's got to do their time as illustrators and zine makers. Actually, there's more status to be had in those rackets. I'm still putting together the report.

MK: I just Googled Jeff Koons and some less-famous artist created an arcade game called Jeff Koons Must Die. It seems a little harsh. Still, it would be a good deterrent from being tempted into having more than one show.

CC: Death threats as art. I'm trying to avoid all of this, you see.

MK: That is very wise. Anything else you'd like to say before we finish up?

CC: Last words? Last meal- I'll make a big lasagne on opening night and eat it at home, before I step out.